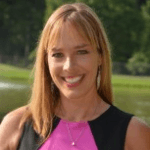 BEATRICE R.D. HAIR dedicates her life to helping people. She is the founder and owner of the Salisbury Tutoring Academy Ltd. – the One-on-One School, which is a franchised tutoring academy for ages four-to-adult. She specializes in individualized and customized programs. Mrs. Hair was awarded the title of U.S Small Business Administration 2010 North Carolina Small Business Person of the Year. She received the Congressional Recognition Award from Congressman Howard Coble for her work in April of 2010. In May of 2010, she was personally congratulated by U.S. President Barrack Obama at the White House in Washington, D.C. Mrs. Hair’s work successes were featured on multiple North Carolina news networks: Fox News Rising, evening news with WGHP, WSOC and Channel 14. She is the nationally televised Icon (NBC, ABC, CBS, etc) for the University of Phoenix’s School of Education for 2011.

She is a graduate of Wake Forest University (1987), where she earned a Bachelor of Arts in Education with a minor in Health and Sports Science. She has a Masters of Education in Curriculum and Instruction from the University of Phoenix (2004). She has over 24 years of experience as an innovative educator.

Beatrice R.D. Hair was the featured cover story of the Phoenix Focus Magazine (600,000 subscribers). Mrs. Hair’s success as an education innovator was also featured in The Salisbury Post, Rowan Business Magazine, Charlotte Business Journal, the Wake Forest Magazine, Women Entrepreneur Magazine, Your Teen, the New Yorker, the Huffington Post and many other national newspapers and magazines.

Beatrice R.D. Hair created the technology for her behavior modification tool which has been the cornerstone of her success and is featured in this book. She owns the trademark for the Hair Three-Legged-Table® (H3LT®), which she has used successfully over 6,000 times. She has spoken about this tool nationwide and has been interviewed on National Public Radio (NPR). When she first created this tool, it was endorsed by Senator Elizabeth Dole.

Beatrice R.D. Hair has a passion for health and sports science as she is a competitive athlete. Not only does she play in an open women’s soccer league and in a men’s league, she also trains with sprinting, biking, swimming and cross-fit workouts. She has won first place in racquetball tournaments and her first triathlon. She has also won first place in a 5-K and in her first Cross-fit competition.  She hiked the Grand Canyon in one day.

Beatrice R.D. Hair has not eaten sugar or GMO’s in over seven years. She enjoys speaking and teaching others how to do this.